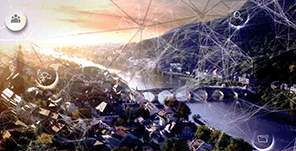 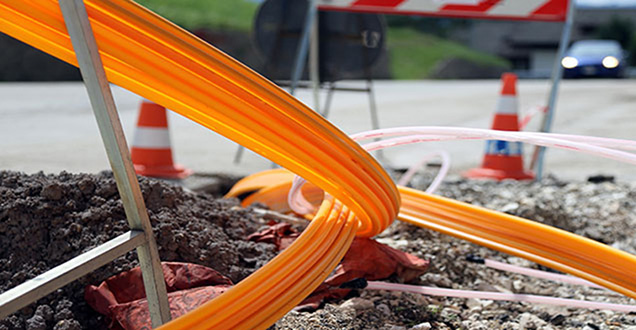 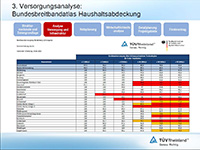 Broadband expansion in Heidelberg is already significantly more advanced than the state average. The city’s remaining “white spots” will now be connected to high-speed internet as soon as possible.

Today, around 88% of all households in the city have a broadband internet connection with a transmission rate of at least 50 Mbit/s. At this speed, it takes about one second to download a song from the internet and around three or four minutes for a two-hour film. By comparison, only around 80% of households in the State of Baden-Württemberg are connected to high-speed internet.

These figures are taken from the Federal Broadband Atlas, the central information medium for current broadband provision in Germany. The Atlas enables telecommunications providers to supply voluntary information on broadband availability.

Nevertheless some areas of Heidelberg are still “white spots” with no high-speed internet connection, judged by private telecommunications companies to be unprofitable.

A feasibility study carried out by TÜV Rheinland has identified the following “white spots” in Heidelberg:

Since market failure in these areas means there is no likelihood that private operators will expand coverage over the next three years, the Heidelberg city administration has intervened and is funding and coordinating broadband expansion.

Stepwise broadband provision to the remaining “white spots” – starting with Schlierbach and Ziegelhausen – is planned from spring 2019. These municipal measures will receive funding worth EUR 5.3 million from the federal and state governments. The City of Heidelberg plans to build its own fiber optic network and tender out operation of the infrastructure. The contact partner for the end user will always be the private service provider.

In new construction areas such as the redevelopment sites, Heidelberg’s public utility company is laying ducts up to buildings containing unused or “dark” fibers as part of their development contracts for electricity, water, heating and cooling (FTTB – fiber-to-the-building). Dark fibers can then be activated by private telecommunications companies. Companies or households with demand for greater bandwidth have the option as part of their new development/shell construction to have fiber optic lines laid inside the building (FTTH - fiber-to-the-home).

The city’s housing association Wohnungsbaugesellschaft GGH is also to be equipped with high-speed internet (FTTB) as part of new construction measures. All services – not only the lines, but also internet, telephone and TV – will be offered at competitive prices.

Project-based fiber optic expansion is planned for already developed areas. Since up to 80% of broadband expansion costs occur through civil engineering and resurfacing work, it is important to exploit synergies through duct sharing in the case of infrastructure expansion/network development measures (e.g. activities involving transport, utility supplies and waste water). Heidelberg’s public utility company will manage customer-driven fiber optic expansion in partnership with private telecommunication companies based on enquiries and expressions of interest.

In advance of any municipal building projects, Heidelberg’s city administration will advise private telecommunications companies at an early stage of the possibility of laying fiber optic cables during the course of the planned construction work. In addition, empty ducts for fiber optic cables will be laid as part of any inner city civil engineering works as a precautionary measure.