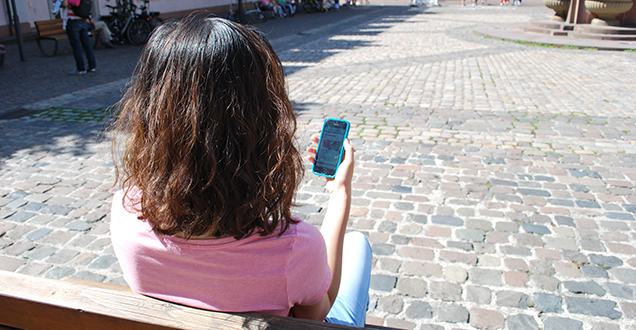 Free surfing across the city with “Heidelberg4you”

Users can click and get online at over 200 locations all over Heidelberg. This means the city offers one of the largest public WiFi networks in Germany.

Heidelberg offers one of the largest public WiFi networks in Germany. At more than 200 locations across the city, local people, visitors, students, tourists and business people can connect to the “Heidelberg4you” network and get online. This service is provided by the city and the University of Heidelberg in partnership with the University Computer Center, the city’s public utility company (Stadtwerke Heidelberg), Heidelberg Marketing and Heidelberg IT Management.

Just two clicks to get online

In just two clicks, users can get online: All they have to do is select the WiFi network “Heidelberg4you” on a smartphone or tablet when in the vicinity of one of the hotspots – e.g. at Marktplatz, Bismarckplatz, one of the swimming pools, the Neckarwiese park, or the main railway station. A welcome screen will open up, where users can launch a connection to the public network and establish access to the internet. Then all that remains is to agree to the terms and conditions and they’re good to go.

Once they have established a connection via “Heidelberg4you”, users will automatically be connected with the internet as soon as they are in the vicinity of one of the WiFi hotspots created by the city administration and the University of Heidelberg. The “Heidelberg4you” WiFi network is available without time restriction to all users. The city administration is continually expanding its free WiFi network across Heidelberg.

Free WiFi across the city

Wifi-Hotspots in HD (1.763 MB)
Further Hotspots of the university