The house of the documentary in Stuttgart and the Heidelberg Marketing GmbH jointly created an exciting film portrait with historic recordings of the city and its inhabitants. 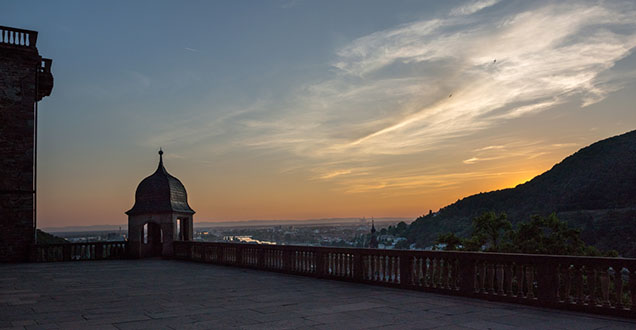 Heidelberg has a long story to tell

The first settlement of the area of present-day Heidelberg can be traced back to Roman and Celtic times. First mentioned in 1196, Heidelberg was planned and built, together with the castle, in the 13th century. Heidelberg's heyday as the capital of the Electoral Palatinate began not least with the foundation of the university – the oldest in Germany – in 1386.

Heidelberg is the city of Romanticism. Towards the end of the 17th century, during the War of the Palatinate Succession, the city and the castle were destroyed by the French. The city retained its medieval ground plan, but was rebuilt in the Baroque style. In 1803 Heidelberg passed to Baden and became an important university town and a popular tourist destination – also for poets and philosophers, such as Friedrich Hölderlin, Clemens Brentano, and Joseph von Eichendorff, who made Heidelberg the "City of Romanticism".

Heidelberg is a city of science. In 1945 Heidelberg was taken by American forces without major destruction and subsequently became the headquarters of the US Army in Europe and of NATO. The building of the university campus at "Neuenheimer Feld" in 1951 finally sealed its claim to being a city of science. It was only logical that this was followed by the establishment of a technology park in 1984. Around 80 companies and research establishments make this science campus one of the world's foremost biotechnology centers.

Heidelberg is growing. In the last few years, a new district took shape near the city center on the site of the old freight station: hence its name Bahnstadt which means "Railway City". Bahnstadt is currently the biggest passive house settlement in the world: 12,000 people will live, work and do their research here in the near future. Many projects are in the process of implementation. Some, like the Zollhofgarten day-care centre, have been realised already. Others are just about to begin. The conversion areas of the US Army, for example, provide unique opportunities for housing, cultural events or the resettlement of companies. The development of an area of ​​almost 200 hectares needs careful planning - the assistance of the citizens of Heidelberg is therefore of great importance.