Initial experience - Heidelberg Bahnstadt and its Passive House Standards
The first people started moving into Heidelberg’s Bahnstadt district in 2012, and already some 3,400 people are living there, including many young families and students. With four kindergartens, an elementary school and two student residences, the district is tailored to their needs. More 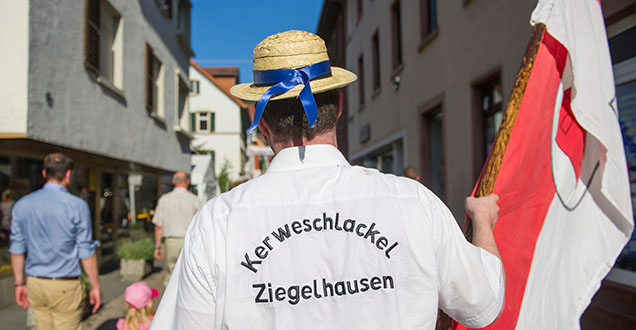 The City of Heidelberg is divided into 15 districts, some of which developed when existing residential areas expanded. A good example of this is the Weststadt – an excellent example of the architecture of the era of Kaiser Wilhelm.

Other districts have been newly created – such as Emmertsgrund, 800 feet up on the side of a hill nearly three miles from the city center. In the 1970s it enjoyed a national reputation as a model of urban expansion.

Some districts originally lay outside the city but were subsequently incorporated. The last of these was Ziegelhausen, which stretches along the bank of the river Neckar, and takes its name from a brickworks (Ziegelei) dating back to the 13th century. 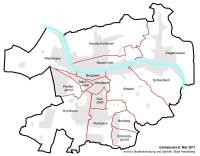 Other districts like Handschuhsheim, with its charming mixture of village life and life-science institutes, or the former wine village of Rohrbach, actually predate Heidelberg, although the city itself – with its unique combination of historic buildings against a setting of hills and river – is more than 800 years old.

There are, however, some city districts that are much younger – or even still under construction. The latest example – Bahnstadt – is currently Heidelberg’s biggest urban development project. By 2025, it will offer homes to up to 6,500 people.

However varied their histories, all the city’s districts have one thing common: Each has its own unique identity – and its own district association and historical society to guard over its traditions. It is this diversity that makes Heidelberg such a lively and attractive city.