Important information
All administrative buildings and particular communal institutions in Heidelberg are closed and there's only service in very urgent cases. Please note, that wearing a mask is obligatory in all administrative buildings. For more information about the current situation in Heidelberg and important contacts, please visit: www.heidelberg.de/coronavirus. 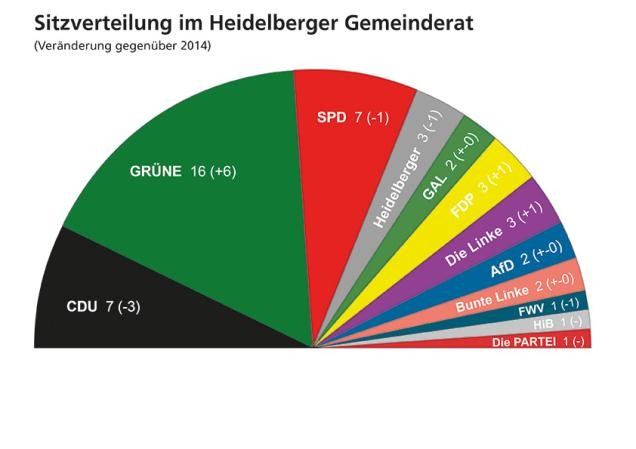 Representing the people. The City Council is the most important political institution in Heidelberg and is responsible for deciding on the budget, programs and projects, such as the development of the Bahnstadt district, the Family Campaign or the upgrading of schools. The City Council both initiates and monitors programs.

The next Heidelberg City Council is due to be elected in 2024.

Municipal companies. 48 honorary city councilors also exert an influence on the city’s development through their membership of the supervisory and administrative boards of municipal companies, such as the real estate company Gesellschaft für Grund- und Hausbesitz mbH (GGH), Stadtwerke Heidelberg (city utilities) or Heidelberg Marketing. The City Council also lays down the basic principles for the work of the administration and determines and monitors its work.