Heidelberg and its Bahnstadt - International Hotspot für Science and Research 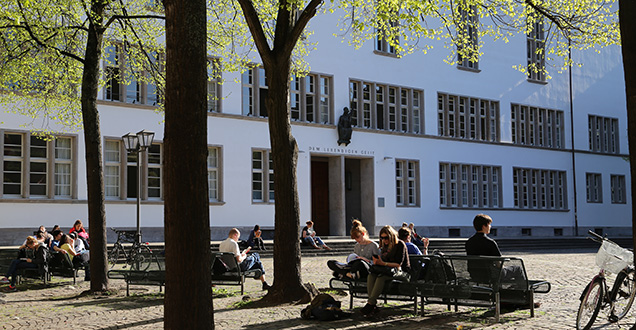 A long tradition and high standards

Heidelberg is a city of science and has been for many years. Germany’s oldest university city has ten higher education establishments and over 38,000 students. Education starts at an early age: Heidelberg has the country’s best childcare provisions. Its universities are also world-beaters: academic staff based here have won no fewer than 56 Nobel prizes. As recently as June 2012, Heidelberg University was again awarded ‘elite establishment’ status under Germany’s Excellence in Higher Education initiative. An impressive one in three of all Heidelbergers have a university qualification

From pre-school education right up to degree level and beyond, Heidelberg offers the next generation the very best opportunities for learning.

Around 55% of all children under three living in Heidelberg have a place in a childcare facility, a top position in Baden-Württemberg.

Research by a leading social foundation, the Bertelsmann-Stiftung, recently found that Heidelberg’s school provision is the best in the entire country.

Heidelberg’s research sector leads the world and makes a vital contribution to the development of German society.

Heidelberg’s cross-disciplinary research centers have a global reputation. The city is at the forefront of life science research.

What will the 'science city' of the future look like? Heidelberg’s International Building Exhibition (IBA) points the way.