Dankeschön!
Heidelberg says "Thank you" for the warm congratulations of the UNESCO Cities of Literature all over the world.
read more 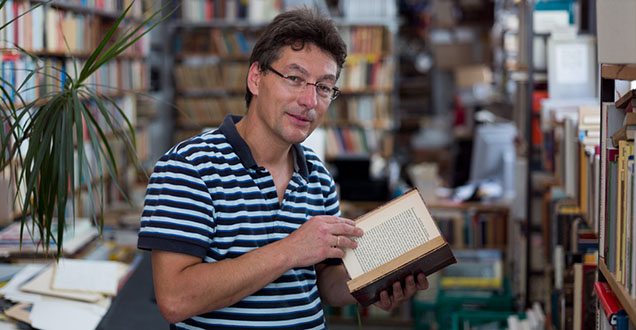 Heidelberg is a city of literature. Numerous publishing houses, bookshops and libraries are a natural element of the Neckar city. Besides, a notably vivid scene of authors, translators and theaters guaranties a high level of literary productiveness. The Clemens Brentano Prize and the Hilde Domin Prize for Literature in Exile, both awarded by the city of Heidelberg, are exemplary for the city's literary commitment.

A multitude of institutions are offering literary events. Heidelberg Public Library with around 220.000 items for loan and 600.000 visitors per year is one of those literary centers. The German-American Institute (DAI) is the only public Anglophone library of the region. It is not only the poetry slams that are taking place there which are a huge success with the public. Another important place for literature is the Karlstorbahnhof, one of the most important sociocultural centers in Germany. Unique throughout the world is the Collection Prinzhorn which keeps artwork of psychiatric patents around the turn of the century. Among the newest protagonists within the literary scene is the Intercultural Center which offers a place for intercultural exchange for people with and without migration background. Outstanding is Heidelberg’s University, Germany’s oldest one, with its imposing library and a wide-ranging offer concerning the arts.

Heidelberg’s literary festival „Heidelberger Literaturtage“ is a highlight of the city’s cultural event calendar. It takes place every spring in a beautiful spiegeltent at university square in the old town, where literature enthusiasts can take part in readings and talk to international writers.