Judith Rossell is the current awardee at Dilsberg fortress

Please note: Due to Covid-19 the stay of Melbourne author Judith Rossell had to be interrupted in 2020. The 2nd part of this residence is planned to be continued in spring/summer 2022. We really hope to be able to welcome Judith Rossell again in Heidelberg and Dilsberg.

The Australian children's book author and illustrator Judith Rossell is the new literature fellow of the Rhine-Neckar Cultural Foundation and the UNESCO City of Literature Heidelberg. On 1 February 2020 she will take up a three-month writer-in-residence at the Dilsberg Commandant's House. 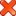 Rossell, born in 1969, first worked as a scientist for the Australian government for several years before becoming self-employed. For more than 20 years now, the author has been writing puzzle and adventure books for children with an almost inexhaustible imagination. She has now published over 80 books and illustrated just as many. Her works have been translated into seven languages and have won various prizes. Rossell has also made a name for herself in Germany, not least, as the inventor of magical children's crime novels based on the cunning detective Stella Montgomery, heroine of the series under the same name, published by Thienemann- Esslinger editors.
"I feel so privileged to be visiting Heidelberg as part of the writer-in-residence program this year. I'm looking forward to working and living in the beautiful village of Dilsberg. I'm excited to have the opportunity to stay within a castle, and to meet some German people and learn more about this part of Germany," says Rossell. In Dilsberg, she will continue work on her current novel, an illustrated children’s novel, and possibly start new projects. "I'm hoping to work on both writing and illustrating. It will be a privilege to have so much creative time," the author is pleased to say.
Like Heidelberg, Melbourne - the city where Rossell comes from - is also a UNESCO City of Literature. "But both cities have much more in common, because we have our own Heidelberg in Melbourne," explains Rossell. "In Melbourne, this is the name of a suburban town situated on the inviting meanders of the Yarra River. When this community was re-established in the 1860s, the area reminded the estate agent of the landscape around the Neckar River in Heidelberg, so he chose this name," Rossell knows.
The UNESCO City of Literature Heidelberg is pleased to be able to network the author Judith Rossell with the local and regional literary scene during her presence. Judith Rossell will also present herself to the public in several events, such as on 8 March 2020 at the Small Book Fair in the Neckar Valley, Neckarsteinach, and on 21 April 2020 at the Heidelberg City Library. The dates for the closing events in Heidelberg (Museum Haus Cajeth, 17 April 2020) and in Dilsberg (Kommandantenhaus, 24 April 2020) have already been scheduled.

Please note: Due to Covid-19 pandemic the last writer´s residence in 2020 had to be interrupted and is planned to be continued in 2022. Therefore we apologize for not being able to publish a call for applications this year for 2022. Thank you for your understanding!

Pippa Goldschmidt, an Edinburgh based writer of long and short fiction, poetry and non-fiction, has been writer in residence from February until the end of April 2018.
in August 2018, the first part of an essay about her time in Germany has been published in the Scottish Review of Books.
For more information about the artist please visit her website www.pippagoldschmidt.co.uk or have a look at the press release (in German).